We're At The End!

Ostensibly this is more about "when wildlife attacks," and we have included it in that theme for a Friday Frights day in the past. But it also qualifies as a killer plant movie as well. It's more like "when nature attacks." The killer plant in question?

That's right, so-called Spanish Moss. Which, as it turns out is not from Spain and it's not moss. A botanical trivia question: what is this plant's closest relative? Answer: The Pineapple. Like the pineapple, native to south Florida and the Caribbean, it is a bromeliad--meaning they get their moisture from the air--hence, they thrive in hot, humid places like Florida. (Pardon the botany lesson; my father was a forester in FLA for almost 30 years---couldn't even walk in the woods with him without learning the Latin names of trees....). And speaking of Florida, this movie was shot almost entirely in Eden Gardens State Park just outside Point Washington FLA on the northern gulf coast (I grew up on the Gulf coast--I'm biased!!). The old plantation house is part of the park.
A lot of people, mostly younger people, really don't like this movie because they find it boring. Now I was a tiny little one when this came out, but I have it from older relatives that, in it's day, it was a drive-in hoot--the thing to do on a date. It seems so tame by today's standards, but think about it's subject matter. That we are disrespecting nature, take money and privilege for granted and exploit things that are best left alone (yes---I'm worried and peeved about that ever increasing oil slick in the Gulf of Mexico). It has a pretty cool message and has to be one of the first movies to include and inter-racial couple in a prominent southern family. To each their own, of course; but I say give it half a chance. That's it for now. It's been real fun. I could easily get used to this blogging stuff!
Posted by Semetra Rhodes at 5:56 PM No comments: Links to this post

Adaptation 2002
Is it a killer plant movie?? Well I would argue to, if you count alligator attacks while out looking for the elusive Ghost Orchid; or the strange green "cocaine" that makes an appearance in the last 3/4's of the movie--well then yeah. This is a convoluted movie to be sure, it's as much about movie story telling, as it is about plants. A bit like going through a fun house, where the floors are moving in all different directions. Great poster to boot.
For some reason, it reminds me a bit of the Coen Brothers film Barton Fink. I don't know whether that is because in both films Italian-American actors are playing Jewish characters or that they share a "strangeness vide" that is hard to pin down. Perhaps both? I definitely wouldn't recommend watching this while intoxicated.
Sometimes bad things happen and darkness descends --John Laroche
Posted by Semetra Rhodes at 5:01 PM No comments: Links to this post

Fungicide 2005 (Friday Fright Premier)
That's right: Killer Mushrooms--super schlock and low-budget style.
Now I've read many reviews since of this movie since yesterday--they are almost universally terrible--with many saying things like, "I want my 80 something minutes back". First of all, this trend of complaining that time lost watching a movie that the viewer didn't like is tedious, as if it is the fault of filmmaker that they watched it--no one made them watch it (at least I hope they weren't tied to a chair or something like that). Secondly, I've seen a lot of straight to vid horror flicks, most of them solidly Z grade, and this movie is not nearly as bad as that. Some of these "horror films" are just an excuse for some hack with a video camera, with zero movie making talent (but tell that to them!) to show themselves off. In Fungicide, there was some genuine care that went into it, and it was meant to be funny. Sure the special effects are cheezy and done on someone's home computer, but all in good humor; and they did a fair enough job of sequencing the computer mushrooms with the actual live action fight scenes. So, there is some real "fun" in Fungicide. Just don't even try to take it seriously....and remember this isn't Citizen Kane.
You will not be able to relax...
Posted by Semetra Rhodes at 4:28 PM No comments: Links to this post

Posted by Semetra Rhodes at 4:15 PM No comments: Links to this post

Though this really about uber-demon possession, those Necronomicon fiends don't just possess people. Hell, they even manipulate the woods themselves, when they conveniently need a path to disappear--very effective for trapping your humans. Like in Poltergeist, the trees and plants (and cabin objects, for that matter), are mere tools for the demons for terrorizing, and for Sam Raimi, the film's architect, to generate truly brilliant black comedic moments. Groovy!
Posted by Semetra Rhodes at 3:44 PM No comments: Links to this post

Creepshow II: excerpt "The Raft" 1987
Ok, this may or may not be a plant related. Many actually think the stuff in the lake is what the characters say that it is--crude oil related. We, however, like many users in the Internet Movie Database, are going with killer pond scum...and why not? Seems the perfect followup to The Ruins. College students, full of piss and vinegar, wind up trapped by a human meat craving plant--only they are on a raft in the middle of a lake, not a temple ruin in the middle of the jungle. They certainly learn their lesson about respecting nature the hard way--by becoming a tasty afternoon snack! E.C. comics and Stephen King strike again.
It looked like it was goin' for the girls --Randy
Posted by Semetra Rhodes at 2:56 PM No comments: Links to this post

Many people find this to be an extremely difficult movie to watch; it certainly does make you twitch in your seat. It's plot is very simple, and that makes it effective. Spring breaker's just can't resist the urge to go traipsing into the jungle to find a old Mayan ruin that a couple of fellow tourists tell them they are setting out for the next day. Of course, all is not well and doesn't turn out that way either. The rest of the movie is an effective horror filled waiting game, with the local Mayans arriving, almost picnic style, to keep the youngsters from getting off the ruin. They have their reasons--oh they have their reasons! Many horror films let plot get in the way of the actual horror. The old adage "less is more," applies more times than not to the horror genre. It works here, but there is no skimping on the gore or the above mentioned "twitch factor." Glad to see killer plant horrors are making a come-back. Also, this has to be the only horror flick to actually feature the Mayan language.
People come from all over the world just to see these ruins, especially the one that are not on the map. I'm not talking some tourist trap, honey. Don't you want some experience or something to shoot other than the beach, the pool, the beach, the pool? --Jeff
Posted by Semetra Rhodes at 2:19 PM No comments: Links to this post

With a sick family member, a rapacious 6 year old on the lose, two cats under foot and dinner to fix, I sort of crapped out on the "live blogging" yesterday. So without further delay, here are some words on the rest of the films from yesterday
Ok, Swamp Thing is Wes Craven classic from the early 80's and the only film today with the main plant creature occupying the role of good guy, add that to Bruno's transformation into plant creature "Little Bruno" and his help with Swamp Thing and Alice's escape from Arcane's compound, and we have two "good plants". By the end of the film, he is up against the "Arcane Monster"--the BAD plant creature, in high comic book style. So 3 bipedal plants in this one.
Swamp Thing is, of course, based on a popular DC Comic, created by Len Wein and Berni Wrightson. The movie was filmed in the swamps just outside of Charleston, South Carolina and John's Island (same state). It's funny, I remember someone telling me years ago that part of it was filmed in the Ofeekenokee Swamp in southern Georgia--of interest to me, because I was born there, but alas--it wasn't; can't win 'em all. In the main, it is standard gentle monster sees girl, gentle monster falls in love with girl, and gentle monster saves girl. The tag line encapsulates it well: Science transformed him into a monster. Love changed him even more!
This could be one of my most astonishing discoveries to date. Life after death! --Dr. Anton Arcane
Posted by Semetra Rhodes at 12:58 PM No comments: Links to this post 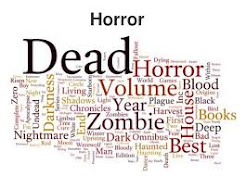 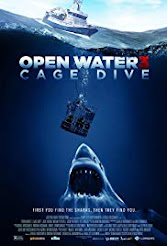 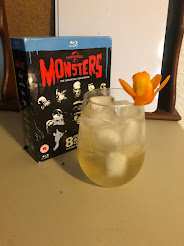