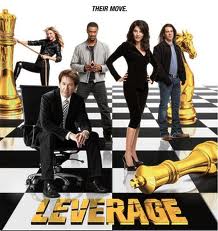 By the first episode of this season, "The Jailhouse Job," Det. Bonanno, whom audiences met in "The Maltese Falcon Job" at the end of season 2, had been promoted to Det. Captain.
Though there numerous references to Sophie's real name, as of Season 4, no one on the show knows what it is (still!).  Guess they haven't written that episode yet....
In "The Inside Job" there is a flashback to the Central Square address.  The man in the flashback is wearing a Sailor Moon costume; Sailor Moon is a well known anime from Japan.
By the time the team busts Nate out of jail he had been there for 6 months, according to some date references given by Sophie.
The Cheerleader picture that Hardison photo shops in "The Double-Blind Job" for Parker, originally showed up as one of Hardison "scandalous photos" that he doctored in "The Jailhouse Job" premiere of S3 to make the Senator look dirty.
There is some speculation that the character of Cory in "The Underground Job" may have lied to Eliot about his age--he tell him that he is 18.  At the beginning of the episode, the younger Cory is said by his father to be turning 14.  The action in the episode is supposed to be taking place 2 years later, that would make Cory 16.  But this could have just been a writing goof or directional goof, not actually included on purpose.
Throughout the life of the series, numerous references to "Dr. Who" are made. 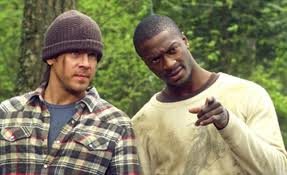 Here's another interview link, this time with Aldis Hodge and Christian Kane

And here's another link to games, this time trivia,  from Fun Trivia
Posted by Semetra Rhodes at 3:05 PM