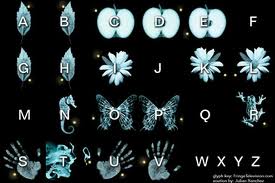 SPOILERS!
Having recently imbibed the first two seasons on "Fringe" on Blu-Ray, there is no doubt that the experience far out-weighs visually the broadcast crud that is broadcast on cable; this episode looks particularly good.  There is not a great deal of serious action or dynamic shots in this episode to show it off; instead there are lots of really well framed close-ups, particularly of Bishop and Peter, that look velvety.  The creepy clarity, also, of the dead bodies is clean, crisp, and well creeeeepy! 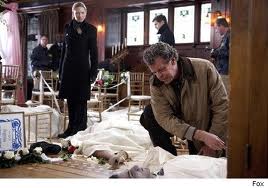 The story too is good.  It is a kind of intermediary episode.  On the one hand, it's story of Nazi's, formula and the central murder mystery plot is pure "stand alone."  On the other, it's also an important pivotal episode that advances the central arch subject of the series.  Not many television series can really pull off this type of episode convincingly.  So the writing is clever and a little unique. 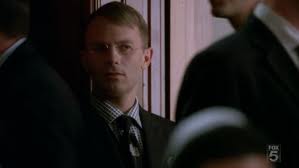 It is not often that writers of television can invoke history as horrible and meaningful as Nazi death camps.  But here the fact that is a show essentially about a mad scientist, going straight to the Angel of Death himself, the mad doctor Josef Mengele of Ausschwitz infamy makes for a good solid plot foundation, without seeming insensitive to the real history involved. 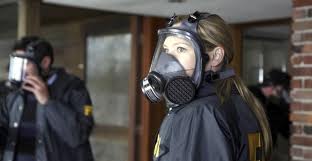 Within the over all plot arch of the second season, this is really the last episode to present an independent mystery to be solved within the episode, before the season settles into the greater issue of Peter, who he really is, and where he's really from.  It also the first time when anyone sees, whether that be an audience member or the characters themselves, that something is amiss on a really fundamental level with Peter and Walter.  When the Nazi gas hits Walter in the house where is examining a crime scene, only Walter is affected.  We know that the gas can be "programmed" to go after specific genetic DNA markers, yet Peter is unaffected. 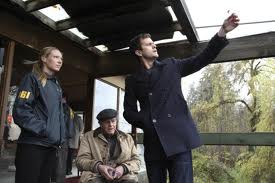 This, for me, is just really smart television.  I am a fan in general of any type of "horror" television, such as "Supernatural;" but "Fringe" takes the whole genre to a much higher level.  If you have only watched this show on broadcast television, and you own, or plan to acquire a Blu-Ray player, I highly recommend both seasons on Blu-Ray.  I am eagerly awaiting Season 3! 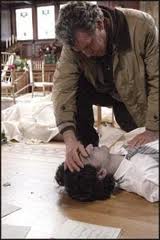