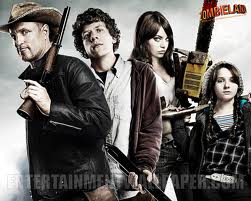 Next to Shaun of the Dead, this is best comedic zombie flick so far.  It's really a kind of the US counterpart to "Shaun"--though it's got it's own general sense of overall lawlessness--pure Americana! Where as the Brits crave a reasonable pint of beer, well...here in the US, it's Twinkie!   Honestly I can relate;  I hate Twinkies, but they have these deep fried frozen candy bars down here in the south at county fairs...as gross as it is....that would be my "twinkie" in a zombie attack--and Twinkies would be so much easier to come by!!   OK, my bias toward this movie is homegrown, Tallahassee is my hometown!!  Ass pit that it is.  Some of it (the amusement park part) was shot is town that I now live in, right next to the country community that my Pa was born in.
Disclaimer:  OK the posters below are quite cool, but don't actually match the "rules" in the movie--but they look cool.  Rule # 4 is actually "Don't Forget To Fasten Your Seat belt."  Rule # 5 is "Travel Light." Rule # 17:  Don't Be A Heror.  Rule # 31:  "Check The Backseat."   Rule # 32 "Enjoy The Little Things." Here are the "rules" so far....someone at least has a nice poster imagination!
(and there are gaps--wouldn't have any other way) 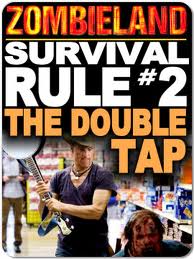 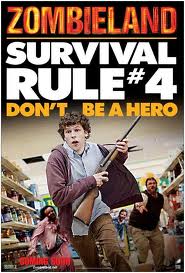 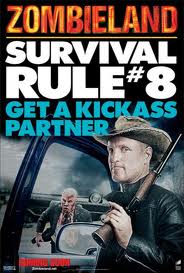 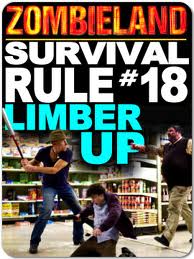 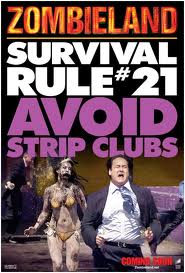 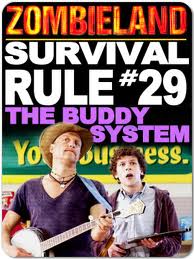 Posted by Semetra Rhodes at 8:41 PM